How Judith Stood Up to Female Genital Mutilation 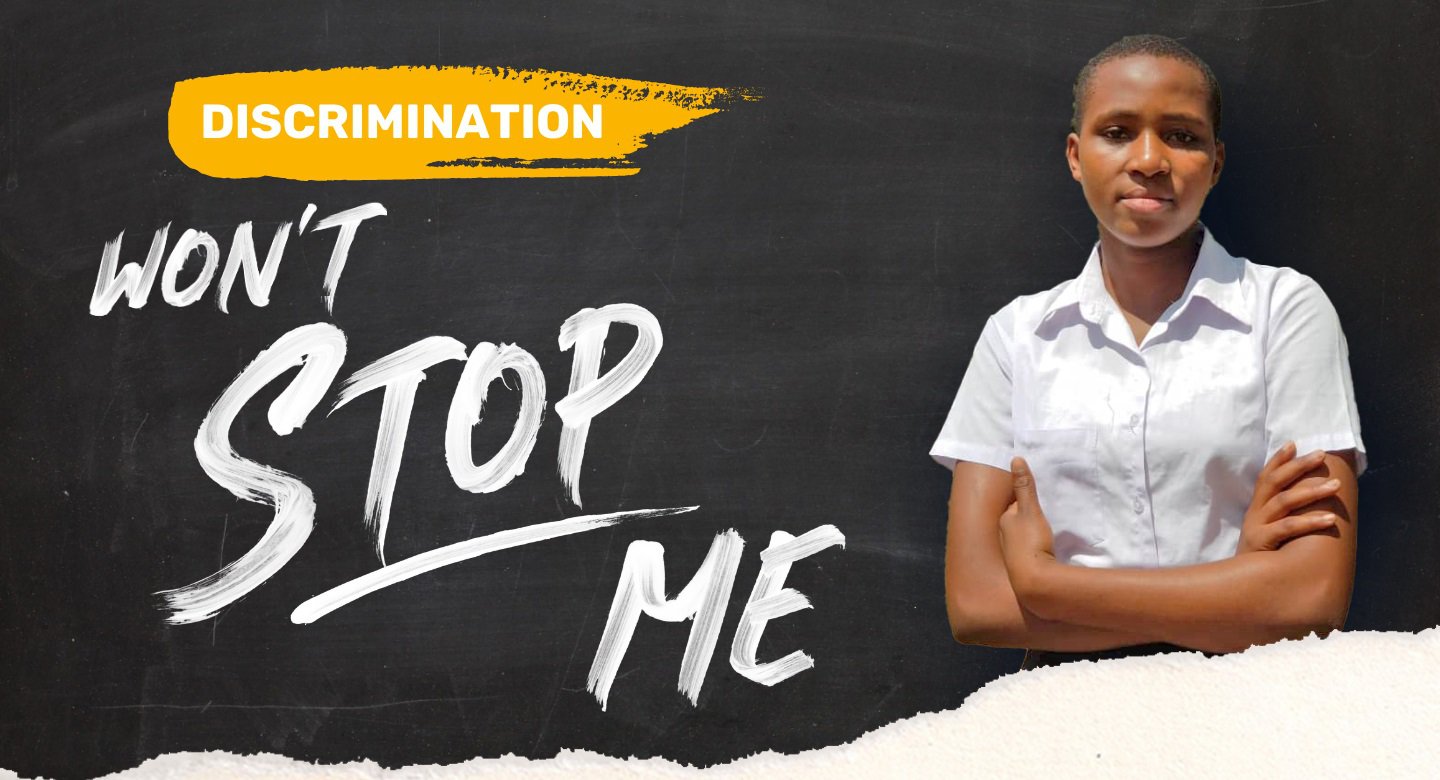 One Young Woman Resists the Pressure to Be Cut

THIS STORY HAS BEEN UPDATED

At 17, Judith is a bright student living in the rural Serengeti district of Tanzania. But when her school closed due to the COVID-19 pandemic, she had to face her worst fears. Her parents decided that it was time for her to undergo “cutting” – female genital mutilation (FGM) – while she was out of school.

The lockdowns imposed to prevent the spread of COVID-19 have had the cruel and unintended effect of endangering the lives of millions of children around the globe. Girls are especially at risk of negative consequences. Since the school closures in spring 2020, rates of domestic abuse, child marriage, and female genital mutilation have skyrocketed as families turn to illegal traditional practices to manage the economic and psychological stresses that quarantine, job loss, and school closures have brought.

In rural Tanzania, Right To Play has been working with local communities to eliminate female genital mutilation and child marriage. Our efforts have helped reduce the prevalence of FGM by one-third since 2005. But the effects of the pandemic are threatening to reverse years of progress. Judith is one of tens of thousands of rural Tanzanian girls who are seeing their rights eroded because of the pandemic.

“Once a girl is mutilated, she is prepared for marriage, a child marriage which will result in pregnancy.” - Judith

Female genital mutilation in Judith’s community typically takes place in even-numbered years over the school holidays in December. Girls are mutilated as a precursor to marriage; many are married off shortly after being cut, before they are 18. One of the effects of COVID-19 school closures was that the FGM “season” in her village was pushed forward to late spring. Judith’s parents shocked her by telling her that she would undergo the dangerous and illegal procedure at the end of April. She was furious. She wouldn’t sacrifice her well-being just because of her family’s fears. 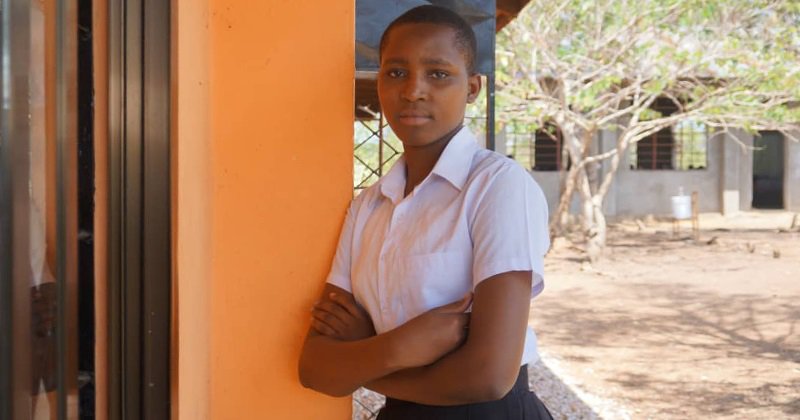 Judith had hopes for much more in life than just early marriage, but with schools closed, her parents thought that having her “cut” and then married off was the best option for her. Judith disagreed with them and refused to go along with their plans. She knew she had the right not to be cut because along with being one of the top students in her class, she is also a member of the Child Protection and Gender Equality Club (CPGEC) at her high school. That gave her a lifeline that many other girls in rural Tanzania do not have.

The club was organized by a teacher in the school who was trained by Right To Play. It brings together girls and boys to talk about issues like FGM, child marriage, early pregnancy, safe sex, physical abuse, and child labour. The CPGEC helps children and youth like Judith to connect with adults who can help them resist these practices. Right To Play-trained teachers operate hundreds of these clubs in local communities across Tanzania, but there are still many more children in urgent need of support.

Judith’s discussion at the club gave her a clear idea about the risks of FGM: “I have heard of girls dying from bleeding afterwards. Apart from death there are other physical, psychological, and social consequences. Once a girl is mutilated, she is prepared for marriage, a child marriage that will result in child pregnancy. It is a series of effects and I don’t want those risks,” she says. Talking with other youth in the club helped her develop the courage to stand up to her parents and advocate for her own view. 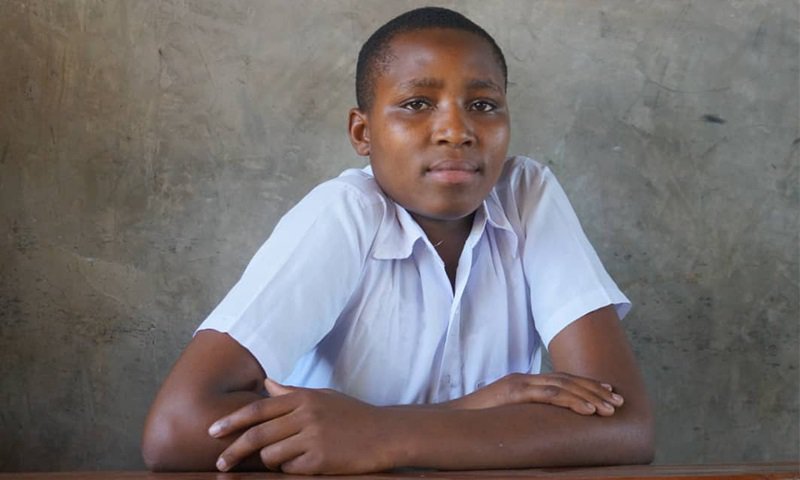 27% of Tanzanian girls between 15 and 19 are either pregnant with, or have given birth to, their first child.

Despite the risks and the need to socially distance, Judith reached out to her fellow club members for help. They connected her to the club’s “guardian”, a teacher who had been trained by Right To Play to support students experiencing these kinds of risks. The teacher, with Right To Play’s support, told Judith about a women and girls’ shelter she could go to. Judith left home immediately and started walking to the shelter. It was hard to leave her family behind, but she knew it was the right decision and the only way to force them to accept her decision not to be cut.

At the women’s shelter, Judith received a place to stay, and support to keep feeling positive about her decision even as she missed her family. Right To Play-trained volunteers help her continue to study so she could keep learning even away from home. Child services contacted her parents to let them know what had happened, and to begin a discussion about her eventual return. Before she went back, her parents would have to file an agreement with the local police and child services to agree not to force Judith to undergo FGM or to arrange a marriage for her before she is legally an adult. The conditions would be monitored by community members who are part of the district’s Child Protection Committee, sensitized and trained by Right To Play.

Judith was eager for her parents to sign. She missed them and her siblings and hoped they would come around to agreeing that FGM is too dangerous for their daughter. But she wasn’t just thinking about herself. She worried for her younger sister who was also at risk to eventually be cut. Judith hoped that if her parents changed their minds about FGM, not only would she be spared, but her sister would be too.

During the summer of 2020, Judith’s parents relented, and she returned home. With support from the Right To Play club at her school, she safely continued to attend school in the fall semester without fear of being sent for FGM or being married off. With that support, she was able to take her exams in November. Judith did so well on them that she not only graduated but qualified to go to university – the first person in her family to do so.

Judith’s parents stood by their change of heart and December, the traditional time for girls to be sent for FGM, passed without Judith or her sister being sent to be cut. Judith was overjoyed that her decision hadn’t just ended up saving her, but also protected her sister too. Judith’s educational success helped reinforce that their fears were baseless, and that investing in their daughters’ futures was the right decision.

Judith made a brave choice, and she stands by it. “I would like to advise parents and community members to stop forcing their daughters into things that are not beneficial to them. Girls should be supported to realize their dreams and not sold off for cows and money. We have our dreams and parents are the ones to help us realize them.”