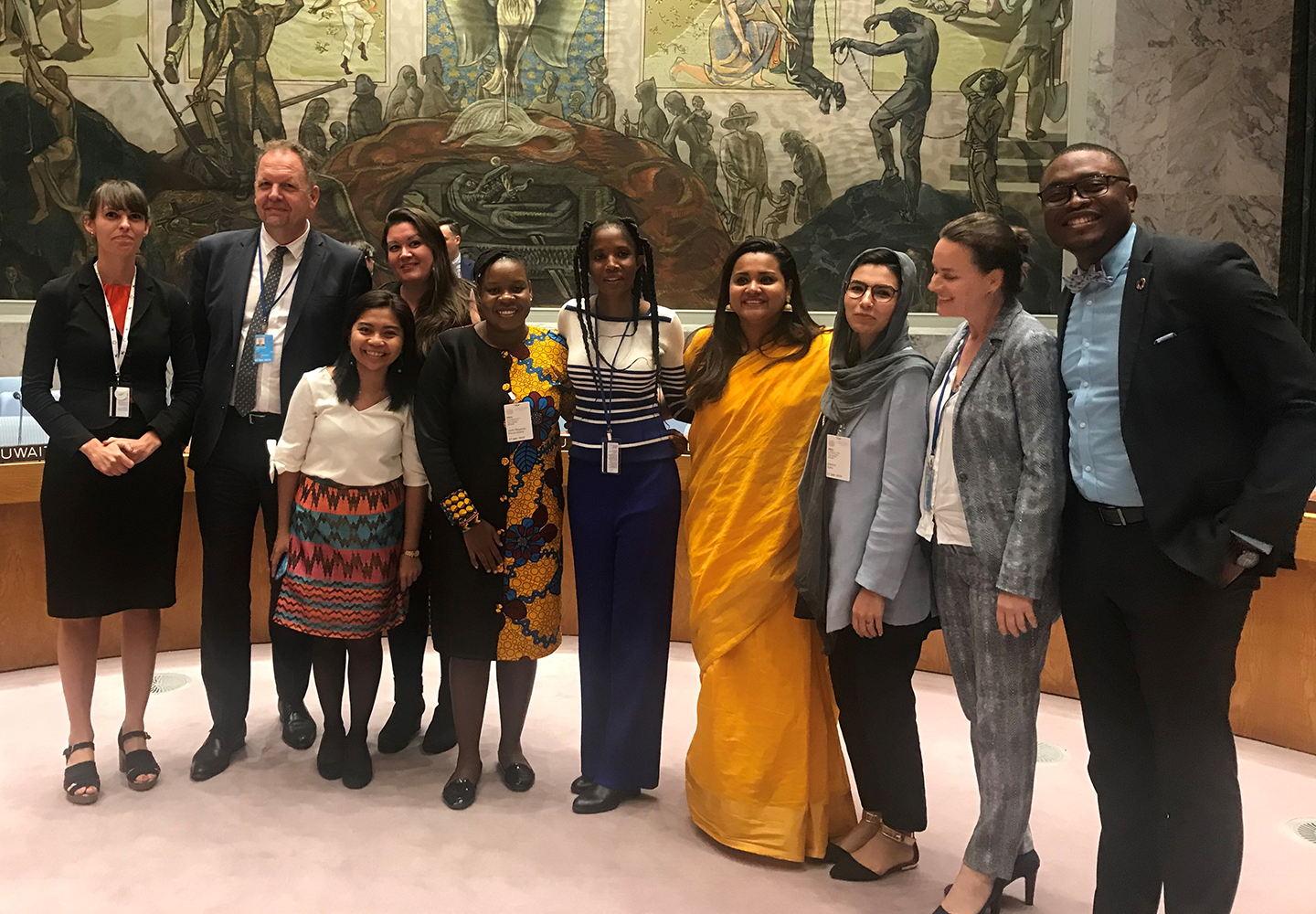 Above, Aissa (centre) is an advocate for Mali's children at the United Nations

Mali is one of the toughest places on earth to be a girl. It ranks 176th out of 187 countries in the UN’s Gender Equality Index. Countless girls have their educations and opportunities cut short by child marriage, dangerously early pregnancies, and female genital mutilation.

But a new generation of young women in Mali is refusing to accept these limits. They are inspiring girls across Mali to claim their voices, resist customs that would harm them, and rise above the barriers that stand in their way.

Aissa, a 26 year-old woman is one of these leaders. Twelve years ago she joined a Right To Play program. Today she is the founder of “Femme Plurielle Mali”, a non-profit organization that empowers Malian girls using sports as a gateway to help them learn about their bodies and build their confidence. She says she learned the critical skills she now uses to unlock the power of Malian girls from Right To Play.

“Girls are told not to try all sorts of things because they are not appropriate for women. I was lucky to have the support of my parents and Right To Play.” – Aissa

Aissa grew up in Bamako, Mali’s capital and like many girls – shy and surrounded by messages from adults and peers of how to be a “proper” woman, what she could and could not do. Women were mothers and wives: they didn’t speak up, they didn’t need to read, they didn’t play sports, and most importantly, they didn’t challenge what the men in their lives wanted for them. They were supposed to do what they were told, and what they were told to do was chores and raising children.

Unlike many girls, Aissa’s parents wanted something more for her, and when she was 14, they encouraged her to enroll in a program that Right To Play started at her school. It was the start of something much bigger for her. Right To Play-trained Coaches used play and sport to unlock reflection and discussion in Aissa’s group of girls. Through various games they explored what they wanted out of life, and learned in a safe non-threatening context about sexual and reproductive health, a subject that was otherwise taboo. Aissa recalls a sense of liberation and relief when she learned that being a mother was a choice that she was free to make. A world of possibilities had opened. 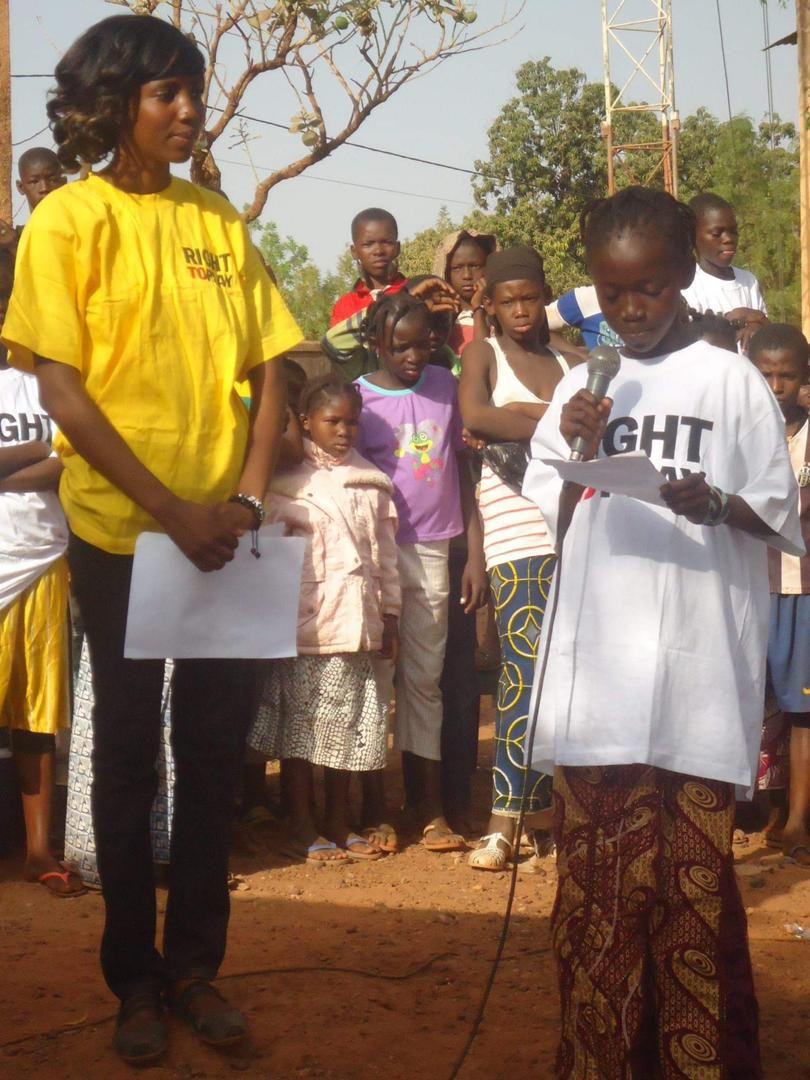 As the girls became more self-confident, the Coaches offered them the opportunity to share what they had learned with other young people. Aissa eagerly volunteered for a training session on public speaking, and this once-shy girl found herself in front of groups, teaching children and their families about how to protect and take care of themselves. She taught girls about their rights, about resisting gender-based violence and about how to take charge of their sexual and reproductive health, along with many other issues.

“I was nervous my first time speaking to the public, but my coach had helped me train to overcome my fear and speak knowledgeably.” – Aissa

Aissa says the confidence and determination she had developed propelled her to be a top student in her high school. Only 1 in 100 women in Mali make it to university, Aissa was one of them. Not only did she complete a Bachelor’s degree, but she is one of only a few women in Mali who have a master’s degree as well. Her high level of education has made her uniquely positioned among her peers to speak to the benefits of educating girls and the possibilities it grants them.

Aissa remained involved with Right To Play even after she left school and went to university. She treasured the time she spent helping to run Play Days, where families would bring out their children to play together while parents learnt about important issues affecting their children’s futures through plays and presentations the children put on.

When she was just 22, Aissa was selected to attend the United Nations Youth Leadership Camp for Sport, Peace and Development in Macolin, Switzerland. It was her first time leaving Mali to travel abroad, fully funded by Right To Play. The trip was life-changing. Aissa met ambassadors and youth advocates from around the world. They shared ideas, and discussed global issues in ways that were insightful and enlightening. 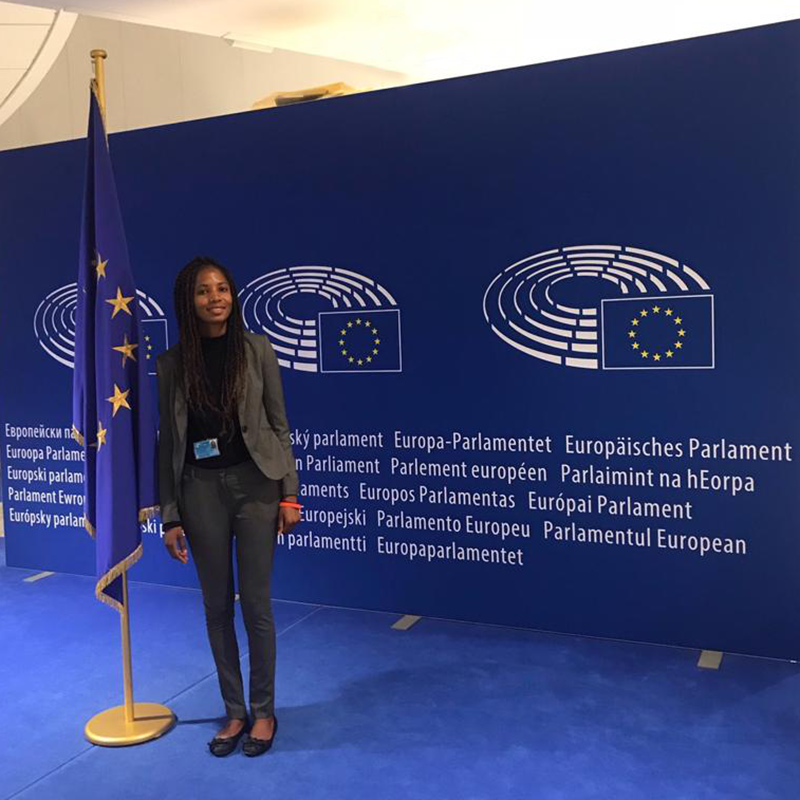 She came back from the trip invigorated with new ideas about how she could improve the status of girls and women in Mali. The seeds of those ideas became “Femme Plurielle Mali”, her non-profit. Over 100 girls in Bamako, Mali’s capital, are now benefiting from life-changing and empowering lessons that Aissa leads. She works for the UN helping to protect the rights of refugee and displaced children in Mali. Aissa has continued to visit other countries as an ambassador for Mali’s girls, including trips to the UN and to the European Parliament to help advocate for more investment in the future of Mali’s youth.

“I believe girls in Mali are just as capable as boys. I believe they can do anything if only they can find the right supports. For me, that was Right To Play, and I want to be that support for the next generation of girls,” Aissa says.