How Win Is Following His Dream of Becoming an Athlete 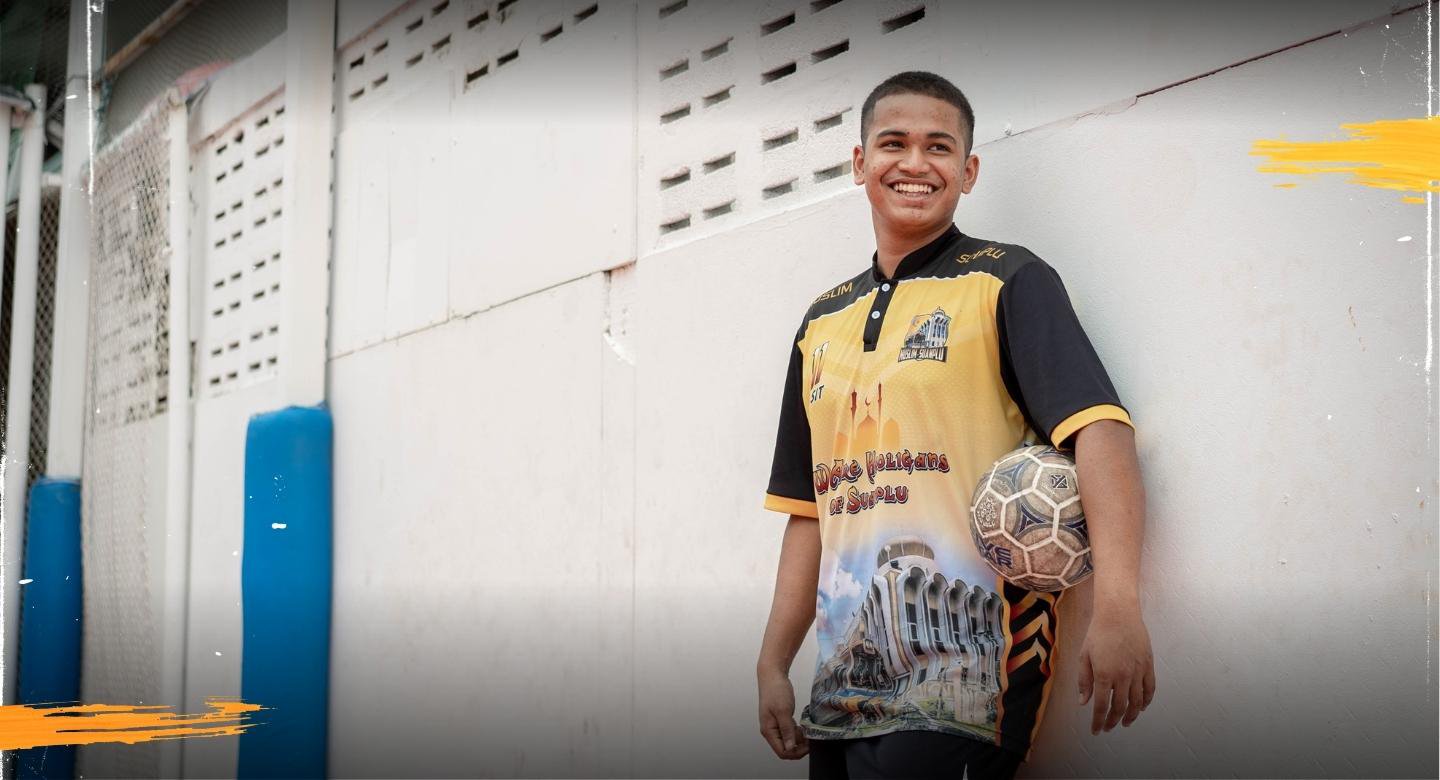 "We should keep trying and trying."

Win stands next to his father on the sidelines of a football pitch. They’re laughing and talking and Win, 18, smiles as he runs back out onto the field to join his teammates. Win loves being on the football pitch. Immersing himself in the game has helped him remain hopeful as his family deals with the challenges that come with living as refugees in Thailand.

Win’s family is one of many who have migrated to Thailand from Myanmar and now reside in Suanploo, an impoverished neighborhood in Bangkok that’s home to many immigrant families. Win’s parents make their living selling food. To help out, Win works before and after school. The long days leave Win feeling overwhelmed by his responsibilities, and with little time for himself. 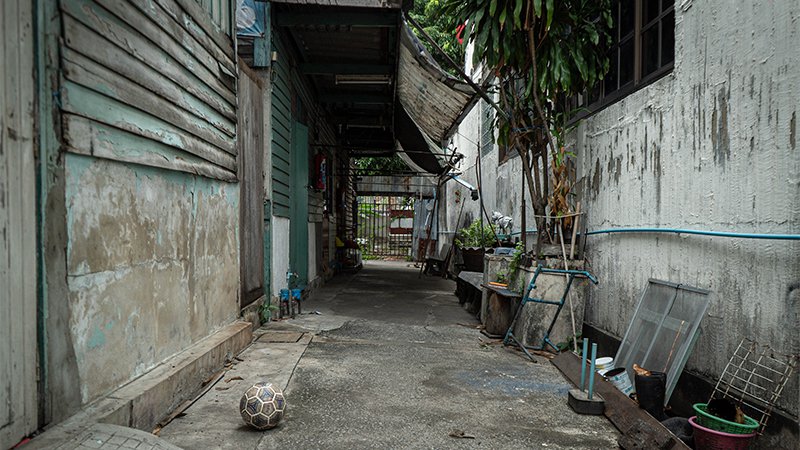 Bangkok is densely populated, and many immigrants flock there for work. Accessing social support and infrastructure can be challenging.

“I used to be nervous when asked to participate.”

Win describes himself as a shy child. Throughout his early school years, whenever his teachers called him to answer a question or step forward for an activity, his hands would shake, and he’d resist. He would rather leave the class than answer the question he’d been asked.

“I used to be nervous when asked to participate in events or group activities,” he says. “It was very difficult to speak in front of people and I was not ready to try new things.”

But when he was on the football pitch, he felt completely different. He wasn’t shy or afraid. He felt skilled and confident. And he dreamed of being able to turn his love of sport into a job that could improve his and his family’s life.

Though he loved being on the field, finding a place to play wasn’t easy. Win’s school couldn’t afford to offer football as an activity for students, and there was no purpose-built soccer pitch in the neighbourhood or equipment children could use. So Win and his friends played in the streets. It was unsafe but Win and his friends were desperate to have something to take their minds away from the stresses in their lives.

Though he loved playing, Win became frustrated with the poor conditions. Playing barefoot on the cement hurt his feet and damaged his shoes. He started to wonder what the point of playing was, if it only brought him pain and frustration. Feeling hopeless, he quit. 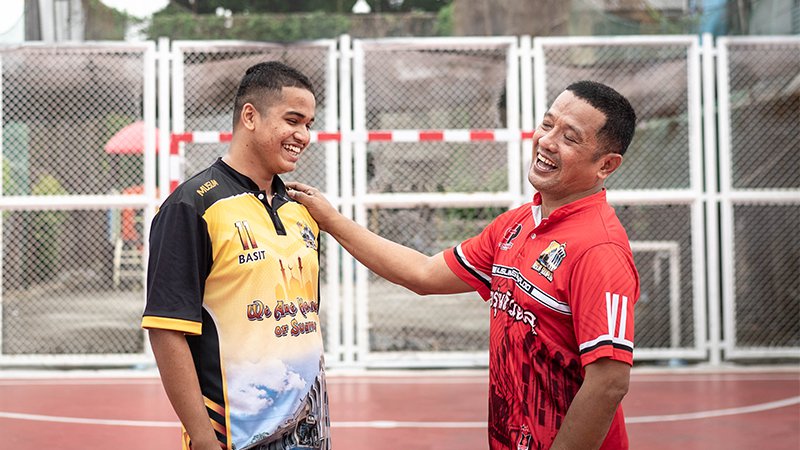 Win’s father has been supportive of his dream of playing football professionally, encouraging him not to give up. His parents support him in any way they can, including by buying him new shoes and helping him to practice.

In Thailand, Right To Play and the Liverpool Football Club (LFC) Foundation have partnered to create the Side by Side program, which creates safe play spaces and trains Junior Leaders to lead sports and play sessions for their peers in those spaces.

When Win heard about the program, he couldn’t believe his ears. It was exactly what he’d been hoping for. A football field was built at the school, and Win jumped at the chance to get back on the pitch. He started feeling more confident again and began training as a Junior Leader. He found himself able to lead teams of younger children through drills and exercises without anxiety, and got a kick out of sharing his own skills and insights with kids who were just as passionate about football as he was. He started to see himself as a role model and leader for the children in the program.

“I like sharing my experiences with the other kids because it brings us all together,” he says.

As he became more confident in his ability to lead, he started gathering students his own age in the school’s field and running them through football drills. It gave him the chance to practice his own skills and support others at the same time. He also began sharing his experiences to inspire them to stick to their dreams.

“We support each other,” Win says. “We must fight and keep trying. No one wins and loses all the time.” 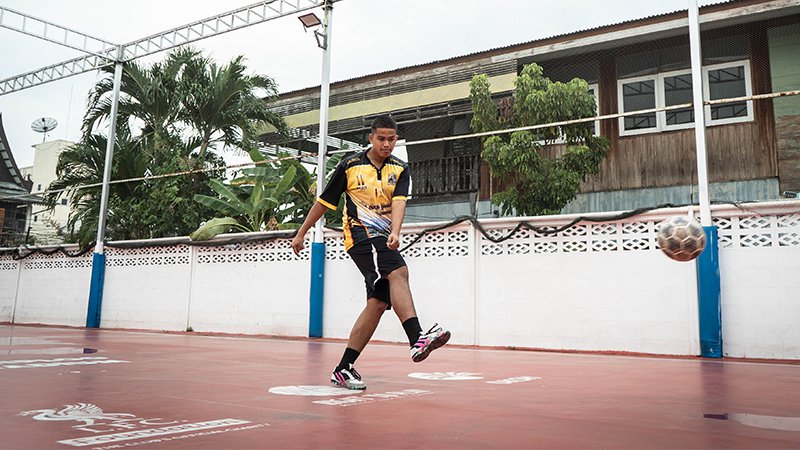 As part of his Junior Leader role, Win has learned about sports conditioning and healthy lifestyle habits that are necessary for athletes to succeed. He shares his knowledge with his peers.

“I know how to pursue my dream now.”

Win continues to play football and is working hard to achieve his goals. He is now in his first year of college and practices football in the evenings. His team recently won a championship hosted as part of the Side by Side program.

His parents, always supportive of his aspirations, attend his games and practices and are proud of how their son has not just become a great player but a stronger, more confident young man.

Win now believes his dream of playing football professionally is possible, and that he has the support and resources that can help him achieve his goals.

“Thanks to Right To Play and my community coaches, I learned a lot. I know how to pursue my dream now,” he said.

“I will never ever give up until I reach my dream.”

STAY CONNECTED TO KIDS IN THAILAND