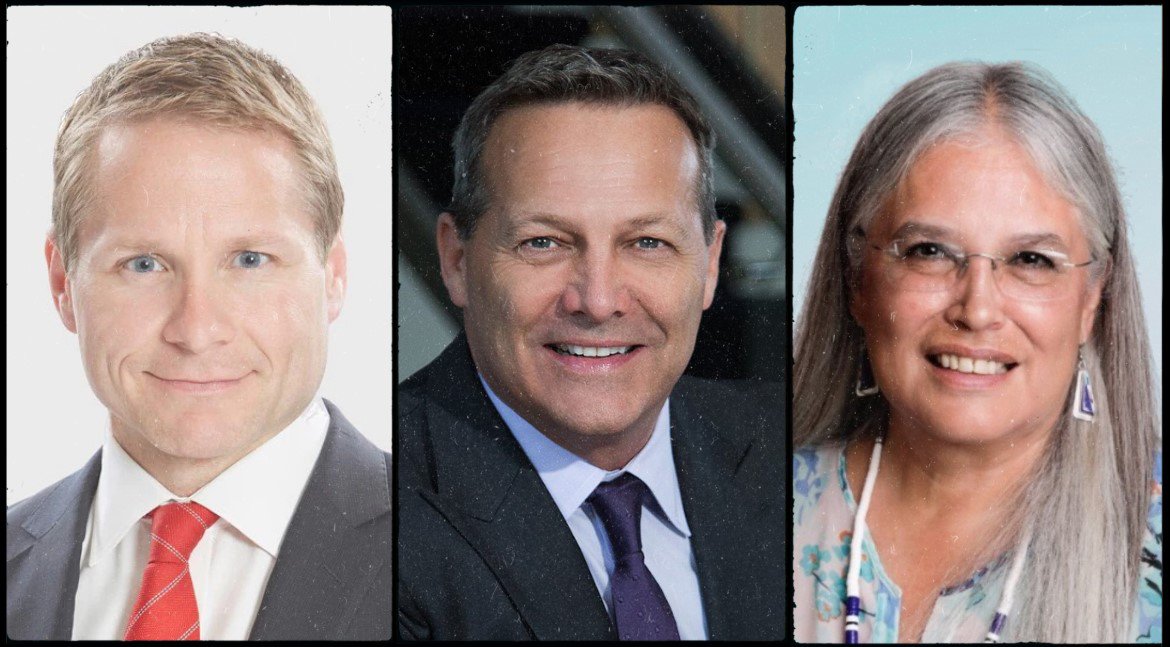 Right To Play Canada is delighted to announce the appointment of new leadership to its Canadian Advisory Board (CAB). Jake Lawrence, Group Head and CEO, Global Banking and Markets at Scotiabank will serve as incoming CAB Chair, joining Sean St. John and Ava Hill who will serve as the new Vice-Chairs of Indigenous Programs.

An active member in youth sports through his two sons, Mr. Lawrence joined CAB early in 2021, bringing a wealth of knowledge and expertise through his senior roles in Finance, Group Treasury, and Global Banking and Markets with Scotiabank.

“It is an honour to be welcomed as Chair of the Canadian Advisory Board for Right To Play,” said Mr. Lawrence. “Play has the power to teach, to inspire and to foster and instill change, giving children and youth the foundation they need to become leaders in their communities. I am inspired by Right to Play’s mission to empower our youth and look to contributing to this important work in Canada.”

Sean St-John, Executive Vice President, Managing Director, Head of Fixed Income and Co-Head of Risk Management Solutions, has been appointed Vice-Chair of Indigenous Programs, championing Right to Play’s Indigenous Program work at National Bank and beyond. A proud descendant of Mohawk First Nations heritage, Mr. St-John has been involved since 2016 and has seen firsthand the impact of Right To Play Canada’s Promoting Life-Skills in Aboriginal Youth (PLAY) program.

Ava Hill was the Chief of the 56th and 57th Six Nations Elected Council, and is a member of the Advisory Council of the Victoria Forum, which is an upcoming Forum being co-hosted by the University of Victoria and the Senate of Canada. She also holds the position of Co-Chair, along with the President of the Commonwealth Games Federation, of an International Working Group that is developing a Declaration on the Power of Sports with respect to reconciliation with Indigenous Peoples. Ms. Hill was awarded the YMCA Peacemaker Medal in 2020. Ms. Hill joins the Canadian Advisory Board as a Vice-Chair, Indigenous Programs, bringing a wealth of information and expertise to the Board.

The CAB is indebted to outgoing Chair, John Harris, who served as CAB’s Chair for two and a half years. His service and dedication to Right To Play Canada and its mission to protect, educate, and empower children globally to rise above adversity using play has been admirable.

“During my tenure with Right To Play Canada, I have had the opportunity to witness the power of play, helping to change the lives of children and youth both globally and within Canada,” noted Mr. Harris. “My association with Right to Play Canada has been a privilege and I am proud to pass the helm of this organization to these dedicated new leaders.”

Right To Play Canada recently launched a five-year strategic plan (2021-2025) to expand the number of the world’s most vulnerable children who are empowered through play. Right To Play Canada is uniquely positioned to support more than 2.3 million children and youth in 14 countries in Africa, the Middle East, and Asia, while also engaging Indigenous youth in communities across Canada.