Toronto Raptors power forward Pascal Siakam isn’t just a world champion, he’s a global humanitarian, and thanks to his work on behalf of children in some of the toughest places on earth, he is Right To Play’s 2019 Athlete Hero.

On Thursday October 17th 2019, Pascal Siakam joined over 1,100 guests at Right To Play’s annual Heroes Gala to receive the Athlete Hero award for his philanthropic efforts. Since coming to Toronto, Pascal has made an incredible impact, both on and off the court, especially with youth.

Affectionately known as “Spicy P”, Pascal is deeply committed to helping kids and enjoys engaging in educational and play-based games, making him an outstanding role model for Right To Play’s Youth To Youth play-based programs.

A native of Cameroon, Pascal was an avid soccer player before attending a Basketball Without Borders Camp in 2011. His immense talent and drive resulted in him being selected in the first round of 2016 NBA Draft by the Toronto Raptors. 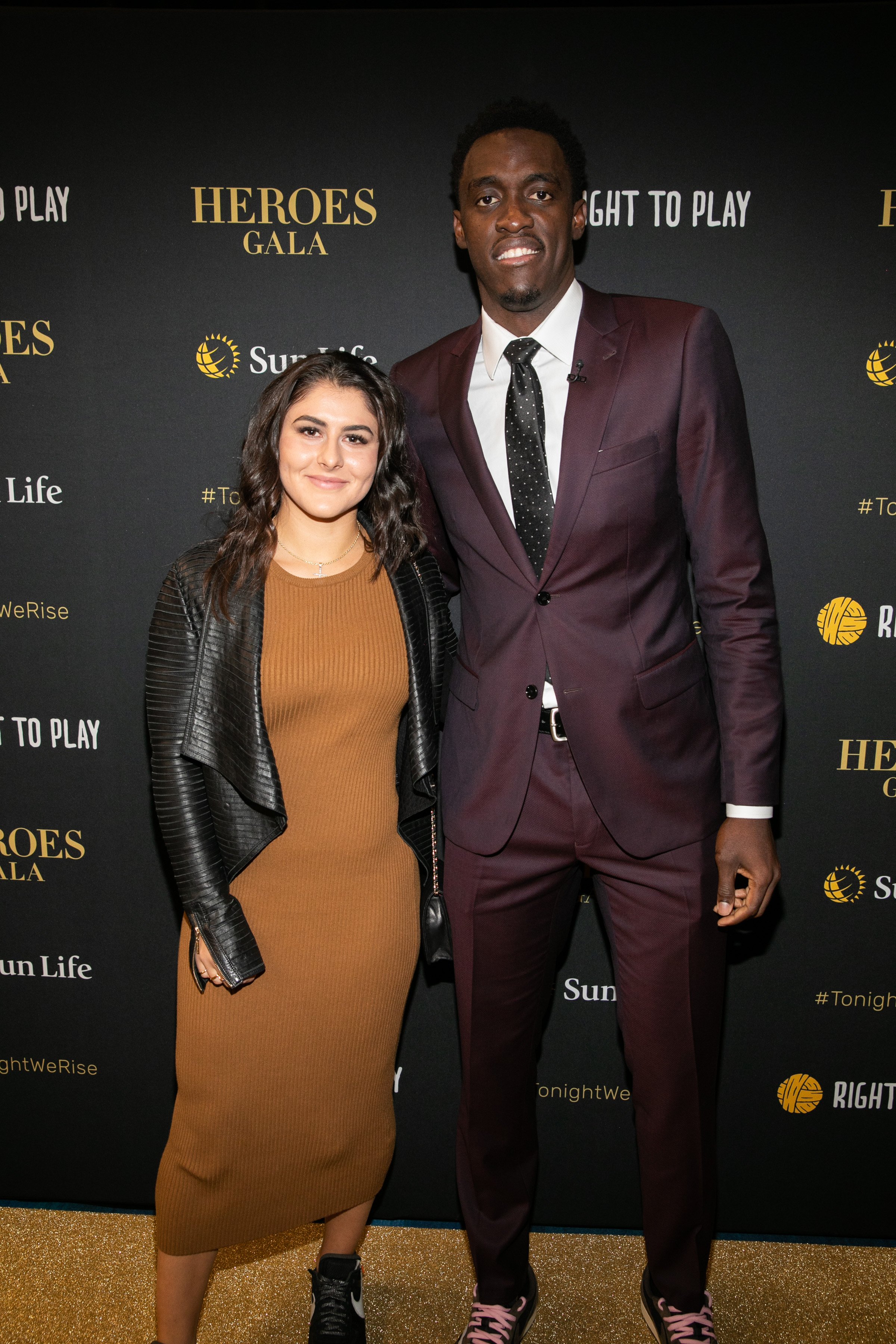 With exceeding abilities on both sides of the floor, Pascal Siakam is rising star and fierce competitor in the NBA. A proud native of Cameroon, Siakam was selected 27th overall by the Toronto Raptors in the 2016 NBA draft. In his 3rd season, Siakam is not only the 2019 NBA Most Improved Player Award Winner, but he has also helped lead the Raptors to their first NBA World Championship averaging 19.8 points and 7.3 rebounds per game.

Pascal is deeply committed to continued support of youth empowerment programs. Having overcome his own hardships, and personal tragedy, Pascal takes pride in speaking to kids about the power of sport and play to rise above adversity. He serves as a Global Athlete Ambassador for Right to Play, Jr NBA Canada Advisory, Giants of Africa, and received the NBA Cares Community Assist Award February 2019 for his outstanding contributions. 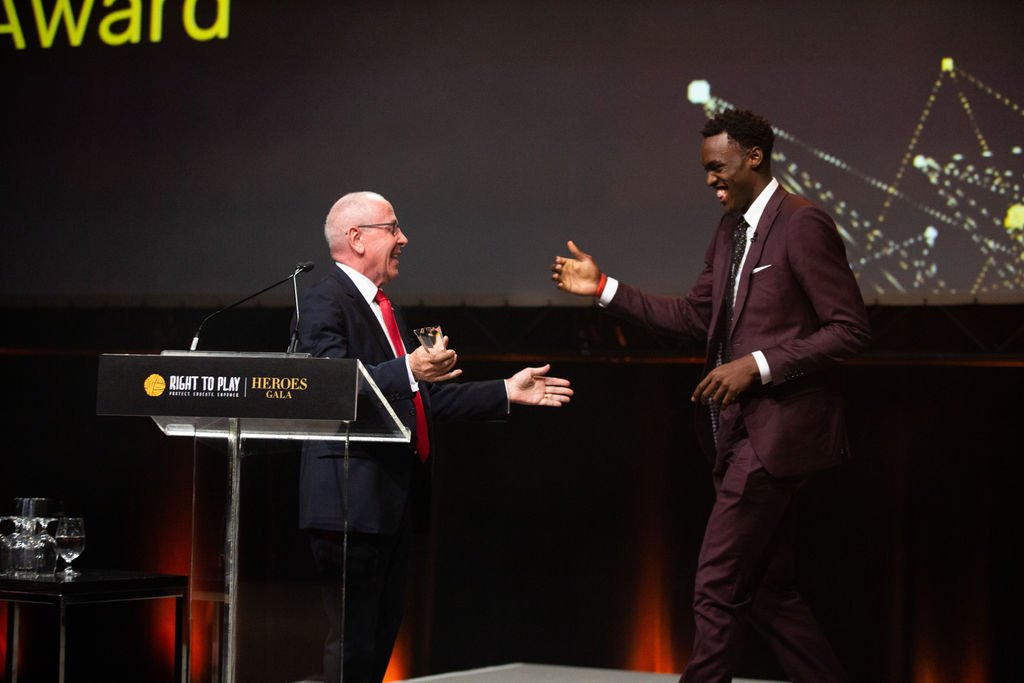 Using a personal tagline #HumbleHustle Pascal is inspiring youth to vigorously strive for what they want in life, while remaining joyful, and grounded.

"I am so proud and excited to be selected as Right To Play’s 2019 Heroes Gala Athlete Honouree,” said Siakam. “Growing up in Cameroon, I played sports and games every day that had incredible impact on my education, my personal development, and now my career. I’m humbled to be able to use my position in the NBA to give back to kids, both locally and internationally, and I'm happy to be doing that with Right To Play."

Check out more photos of Pascal at the Heroes Gala below!

Photo Gallery
By continuing to browse or otherwise use our site, you agree to the storing of cookies on your device to enable the functions of the website and for tracking performance as described in our Data Protection and Privacy Policy. I Agree