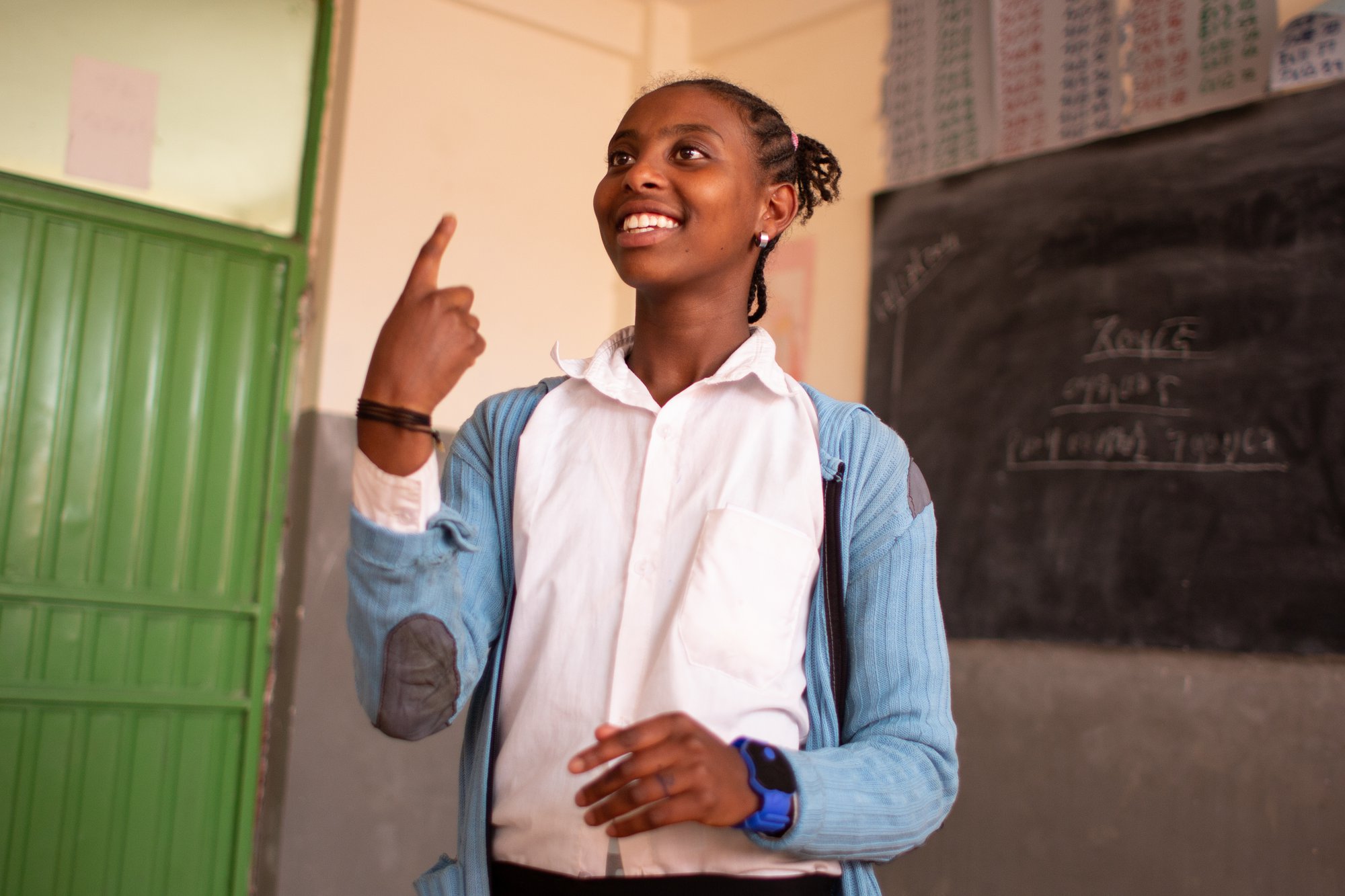 This is a fun game where whoever adds the fastest wins! At Right To Play, we use play to teach important life lessons and skills in ways that engage children and youth of all ages. All our games include a Reflect-Connect-Apply (RCA) section that reinforces the lesson or skill that the game is designed to teach through a guided discussion with the participants.

Opening Questions
How To Play

Divide into pairs and kneel facing one another.

Each person will leave one hand behind their back and move their other hand forward in a fist.

Now you can use two hands.

Once everyone is comfortable with this version of the game, challenge yourselves to work with higher numbers (e.g. one finger represents units of five or ten).