From a young age Zahra Mahmoodi decided that her dreams and her future would not be limited by restriction and exclusion. Instead she chose to rise above the rigid cultural and gender norms that dictated life for women and girls in Iran, where she was born to Afghan refugee parents.

Zahra’s dream was to play soccer. But in Iran girls are expected to stay home, take care of younger siblings, help make dinner and not play sports. Zahra knew this, but something deep inside of her refused to accept it.

So when Zahra’s school opened a handball field, she found a ball, rallied her friends and and started a game of soccer. But the fun was short lived. Her teachers took the ball away and forbade the girls from playing, Zahra wondered how she could get back on the field.

Her answer came is a random twist of fate, “suddenly my father decided to make soccer balls to make money,” says Zahra. “We turned one of our rooms into a small workshop. We started sewing soccer balls with our hands. During the day we’d work in that workshop and during the night me and my sister would have to go pump the soccer balls and package them.” 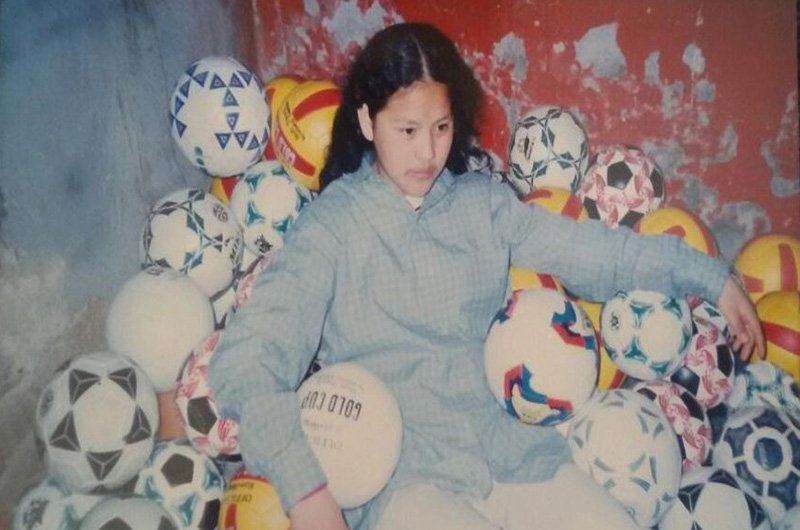 “I dreamed of playing soccer at a time when no soccer team existed in Afghanistan.”

Envisionning herself wearing a jersey with her name and number on the back, Zahra fuelled her dream by watching the neighbourhood boys play game after game of soccer in the streets. She memorized their moves and then, later each night she would sneak into her father’s workshop, close the door and practice the boy’s soccer moves by herself. “That time was the only time that it was me and the soccer balls …,” says Zahra. “So I started playing, staying late all the time, working and playing. Most of the soccer skills I know I learned inside that small room.”

By the time Zahra’s family moved back to their home-country Afghanistan, she had taught herself how to play soccer and was ready to take her skills to the field. In her home country, sports, especially for girls, were actively discouraged. Zahra didn’t care. She decided that, “‘this is my own country. I have freedom … So maybe, here, I can start playing soccer.’”

She did. First, by making friends at school and then, by teaching them the rules of the game. Soon there were enough girls to form teams and play against one another. Over the next few years, word spread and in 2007 when Zahra was 16, she and a few others were recruited by the Afghan Football Federation to play on Afghanistan’s first National Women’s Football Team. But the women faced challenges. Despite their national status, no-one would let them play on their pitch and the team was forced to play on a field that was the helipad for NATO’s International Security Force in Kabul’s most dangerous area.

“Sometimes the girls would come from very long distances, often walking because they couldn’t afford the bus,” says Zahra. The adversity only bonded the team more tightly. “We played together like sisters. Just existing and being a voice, that was enough for us. We weren’t looking for championships.”

But they became champions, defeating Pakistan at the 2012 South Asian Football Federation games. By then, Zahra was the women’s team’s first captain and had founded and was coaching the country’s first 14 & Under girls team. A year earlier, in 2011, she had also been named the head of the Women’s Committee of the Afghanistan Football federation, overseeing the country’s 16 women’s soccer clubs and 300-plus players. She was also one of the few female entrepreneurs chosen to meet John Kerry, the U.S. Secretary of State in Kabul and when she did, she asked for his support in building a pitch specifically for female soccer players.

“When you see everybody is against you, all the men, you really want to fight back,” says Zahra. “But you can’t fight back alone, you need your whole team.”

Her tenacity and leadership was recognized, taking her to Louisville, Kentucky to accept the Muhammad Ali Humanitarian Award. While there however, her family begged her to not return to Afghanistan—the country’s political situation was escalating and they felt it was not safe. “People from my tribe, they were kidnapped, killed and tortured,” says Zahra. “Many people didn’t want me to be there, the face of the Afghan national team, because I come from a minority.”

Zahra found refuge in Toronto and began making Canada her home. The win was bittersweet however, as her father passed away from cancer shortly after her arrival. “I really wanted to go and see him, but I never could.” 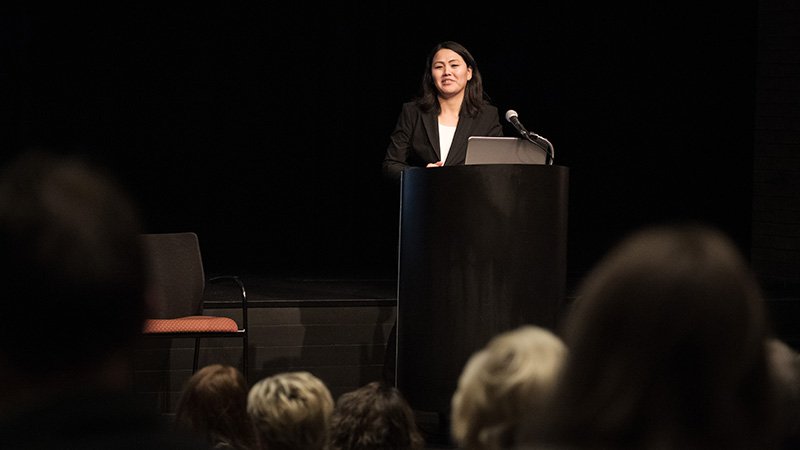 Now, 27, Zahra is an International Development student at the University of Guelph and continues to be a fierce advocate for women and girls.

“I just want to show the world: Girls, they know their rights and they’re fighting for their rights,” says Zahra. “And they won’t stay at home.”

We honor Uprisers like Zahra who are rising above adversity! And with your support, we can help more girls become Uprisers