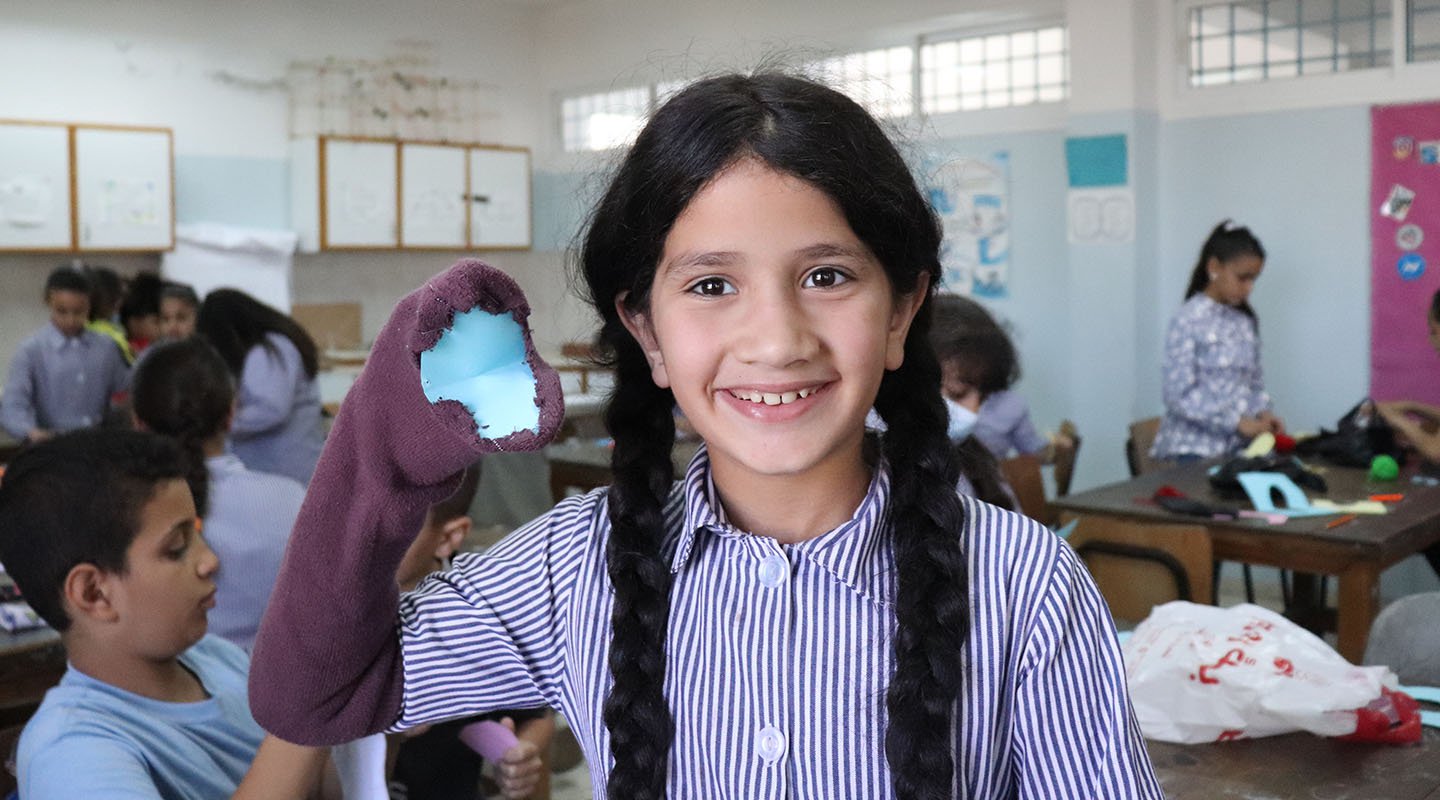 A young girl named Dria sits in a classroom in the West Bank, concentrating as she glues carefully selected buttons to the outside of a sock. Two buttons become eyes, one button a nose, and a bit of yarn becomes a tuft of hair on her final creation – a puppet. Dria and her puppet take the stage in front of a room full of other children to perform a skit she wrote. After a long, difficult year full of school closures, fear of COVID-19, and a terrifying spike of conflict in the region, these puppet shows create much needed space for the children to talk about the challenges they’ve faced and to express their feelings using play.

“I’m very proud of the puppet I made. She became my best friend. I talk to her whenever I am sad, and I showed her to all of my friends and relatives.”

The sessions are part of “Small Hands, Big Dreams”, a summer camp designed to create a safe space for Palestinian children to receive psychosocial support and engage in activities that promote self-expression, self-confidence, and creativity. Run in the summer of 2021 and organized in partnership with UNRWA, the camp offered opportunities for more than 350 children from West Bank and 519 children from Gaza to participate in virtual and in-person activities during their summer holidays.

For many Palestinian children, the ongoing threat of violence and conflict have taken a significant emotional toll. In 2019, a Norwegian Refugee Council study found that 68% of school aged children in Gaza suffer from psychological distress. This distress combines with social expectations around gender roles, the additional stress of a global pandemic, and renewed political tensions, to create an urgent need for support.

Mutasem, an eight-year-old boy who attended the week-long, in-person summer camp in Gaza, speaking about these tensions, says, “People were upset because of the quarantine and then the war happened, so they did not have the chance to relieve their stress.” For children like Mutasem, the camp provided a safe place where they could work through these difficult feelings and learn healthy coping mechanisms to release the tension instead of bottling it up inside.

“We learned how to turn our negative energy into positive energy. We released a lot of our stress in the psychosocial support activities.” - Salma, camp-goer, 9

Every day, children from vulnerable communities in Gaza participated in sessions designed to help them cope with their ongoing challenges. They rotated through different activities including fine arts, where children experimented with different art styles to express their feelings and dreams; specially designed games that use play help children feel in control of their actions; psychosocial support sessions, where children learned and practiced expressing and controlling their emotions; and storytelling, where they listened to and made their own stories with puppets.

Salma, a nine-year-old girl, shared about how these sessions helped her and her friends saying, “we learned how to turn our negative energy into positive energy. We released a lot of our stress in the psychosocial support activities.” 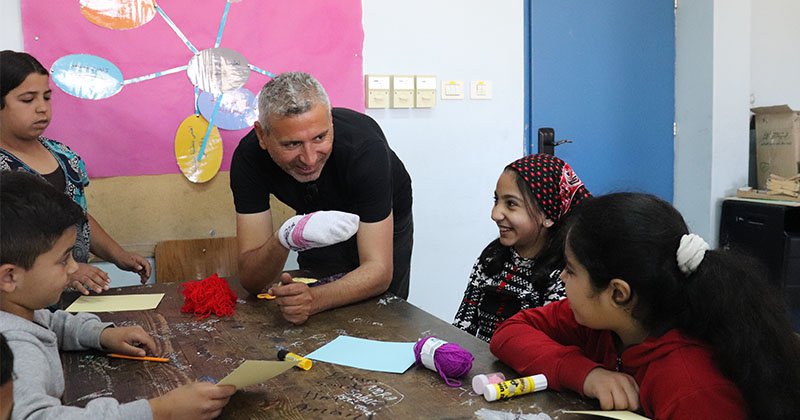 Right To Play program facilitator Khaled leads children through a skit with the puppets they created at camp in the West Bank. These activities are designed to help children learn how to express their emotions in a healthy way.

Hany Alluh, a Right To Play Field Facilitator, believes that camps like this play an important role in ensuring that girls and boys are receiving equal access to psychosocial support. Creating these safe, inclusive environments helps children build the confidence and resilience they need to thrive and achieve their dreams.

“We work with a specialized team of trainers, specialists, and coaches to achieve a shared goal,” says Hany. “We want to create a positive and gender-responsive environment that contributes to providing equal and fair opportunities to male and female participants in learning, participation, and expressing their feelings, dreams, and ambitions.”

Starting Conversations and Building Confidence in the West Bank

In the West Bank, children had the opportunity to participate in virtual activities and challenges in addition to the in-person sessions. Over the course of three weeks, children participated in activities that encouraged their creativity including storytelling, dancing, making music and musical instruments, puppet play, and making a squishy toy they can hug when they are upset. Each week, Right To Play posted a new challenge on Facebook with instructions on how to complete the activity and invite them to share their creations with others by posting pictures or videos of what they made. This gave children and their parents the opportunity to connect and play at home and gave parents an opportunity to learn new tools to support their children’s mental health.

One mother spoke about how the virtual activities brought her family closer, sparked conversations about their emotions and helped her realize that one of her sons needed additional support. She shared, “I have four boys. The summer camp made me realize that one of them was isolating himself and was not as active as his brothers. Before the camp I did not see this problem and that it needed to be addressed. Throughout the camp my children were encouraging each other to do the challenges and made some sketches for their father and I. They helped start good dialogues and discussions.”

Another mother shared how much the virtual challenges helped her son’s confidence grow, saying, “My son is not social at all. He’s very shy and has difficulty expressing himself and his emotions. At first, this made it difficult when he was asked to record a video of himself doing the challenges. But after the second week of the summer camp, and when he saw his classmates' posting videos, he gathered the courage to film himself. After that he was eagerly waiting for the next challenge so he can record a video.” 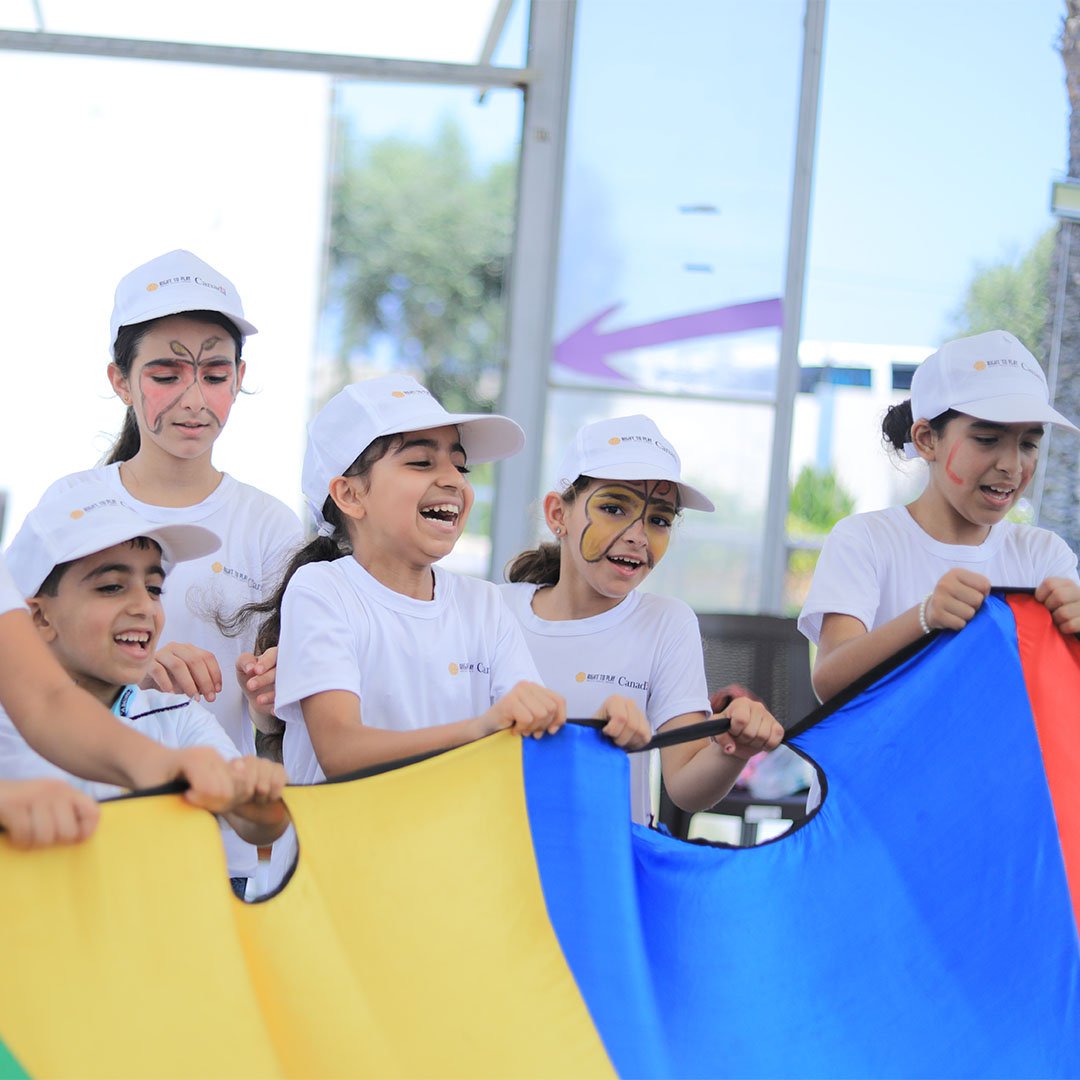 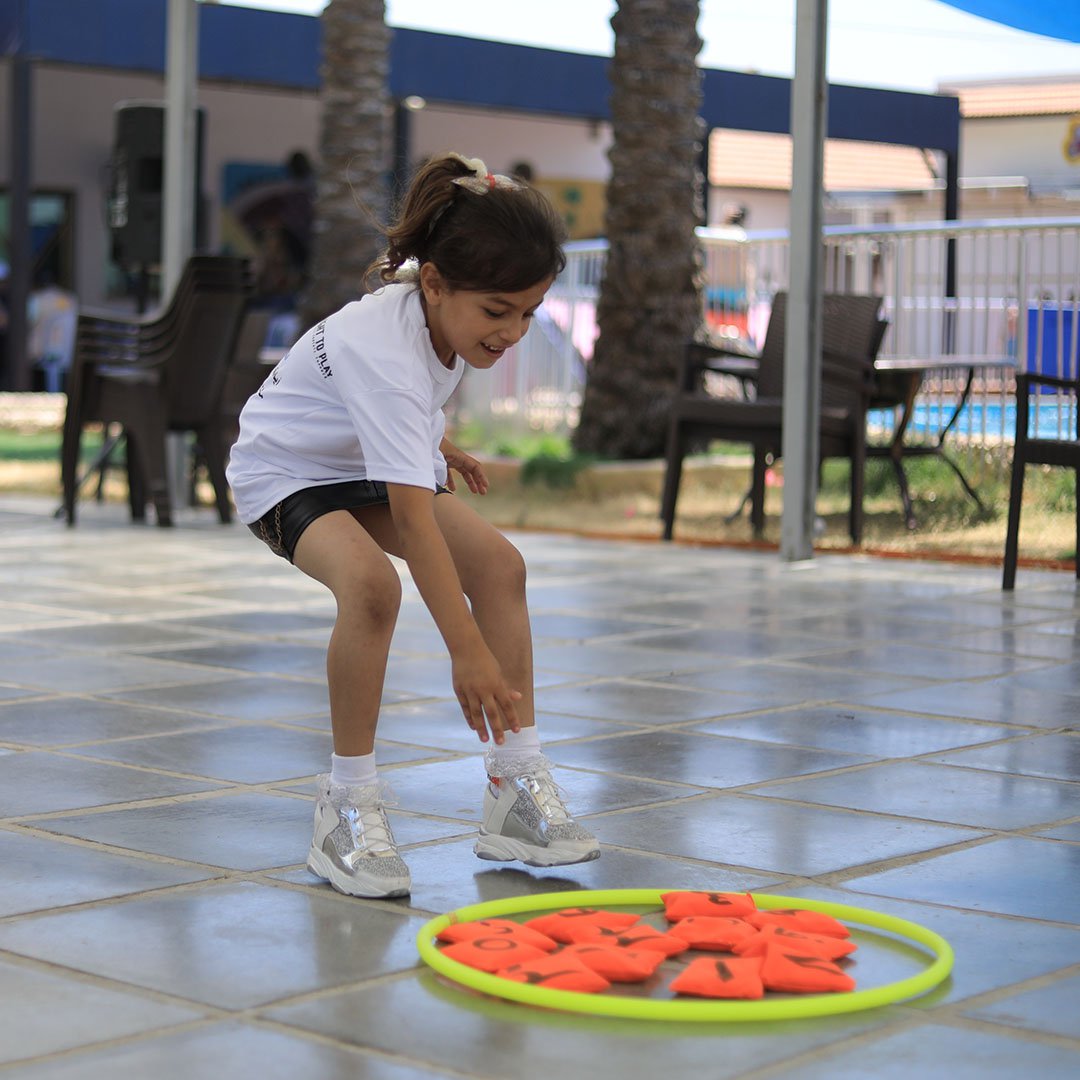 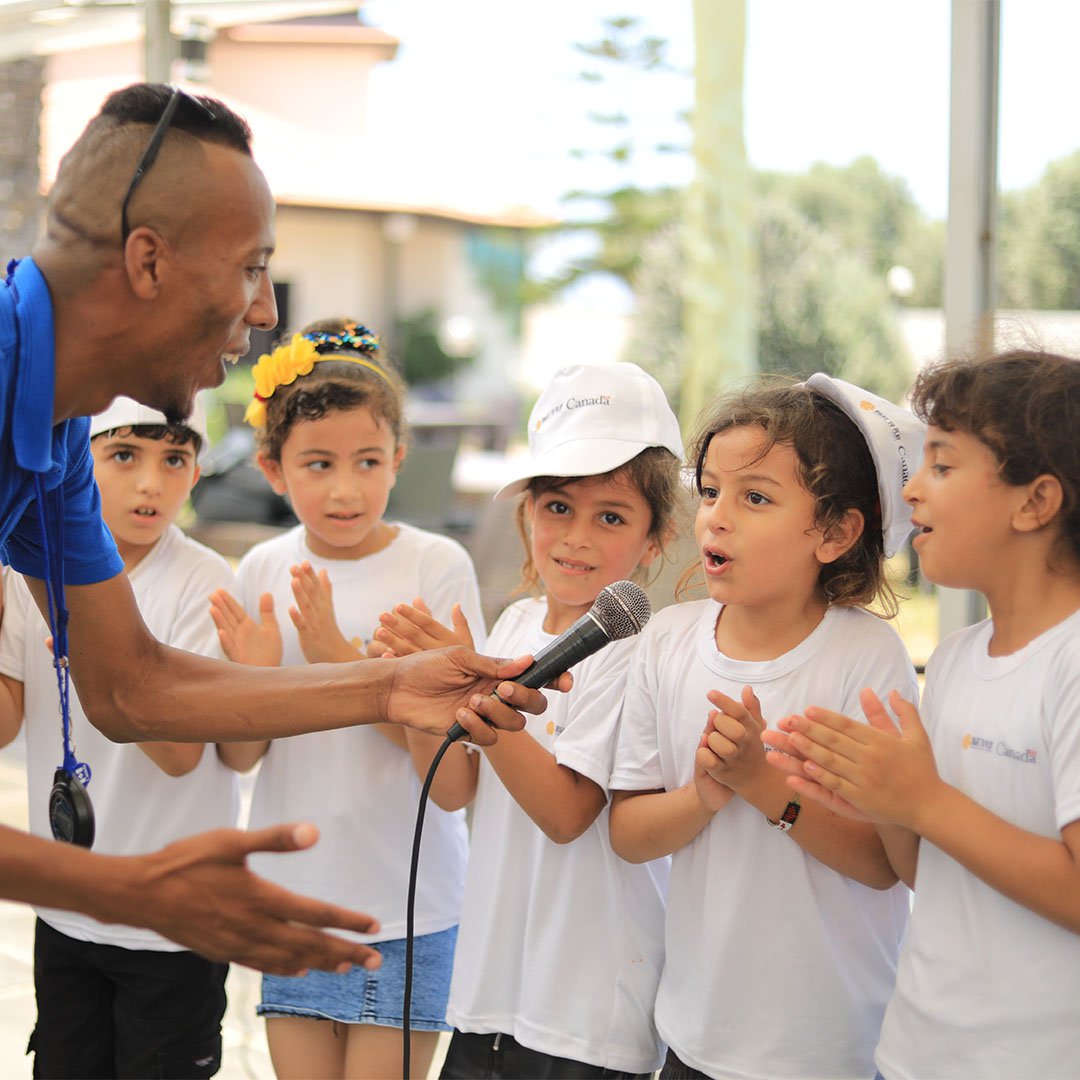 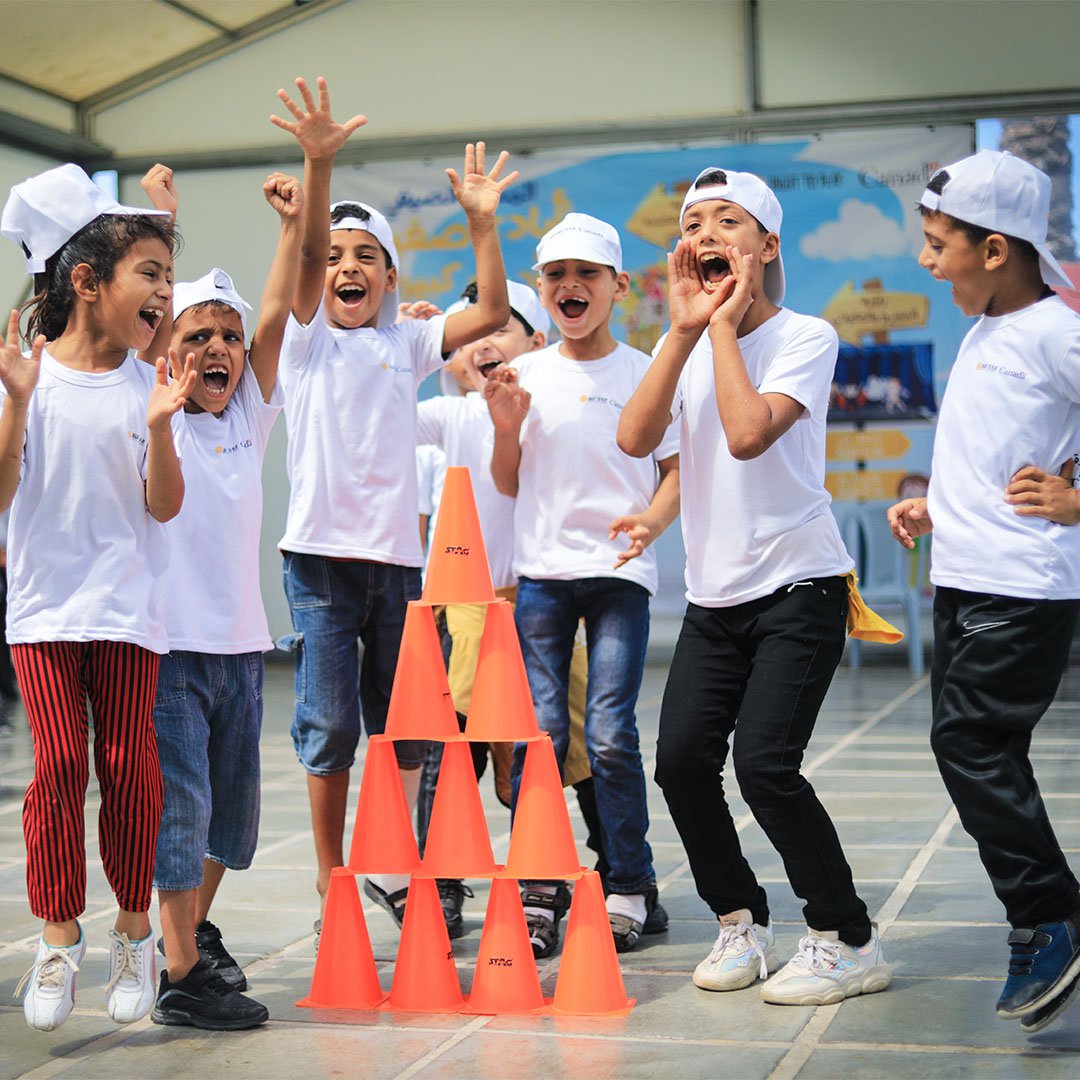 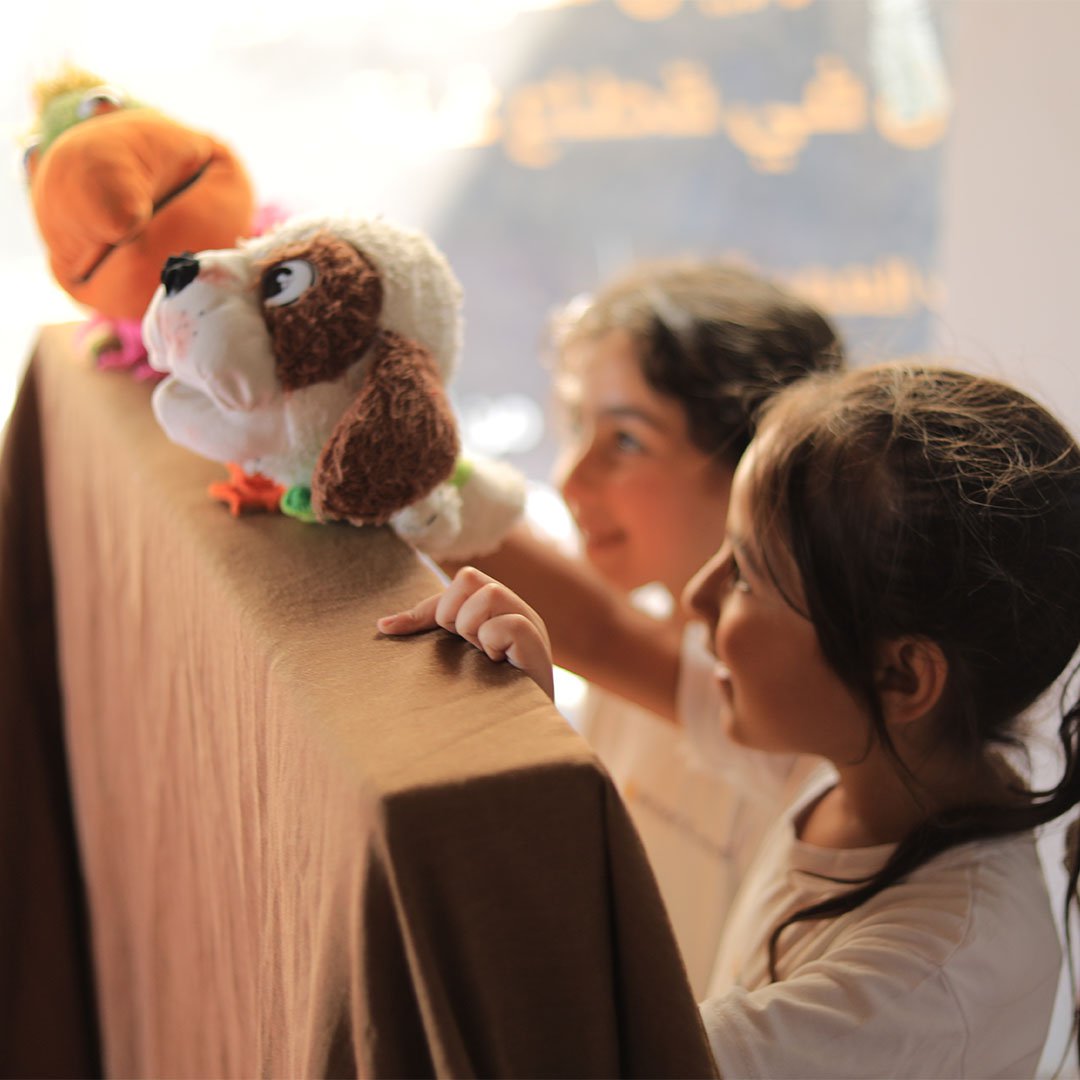 The “Small Hands, Big Dreams” summer camp is an initiative of the TOGETHER project, funded by the Government of Canada through Global Affairs Canada. The project aims to remove barriers to education for refugee children, especially girls, and to build teacher capacity to create safe, supportive learning environments for children. Through play, children develop important life skills that support conflict resolution, social cohesion, and psychosocial wellbeing in their daily life and in school settings.