Our Commitment to Reconciliation

Right To Play acknowledges the historical legacies of colonization in Canada and the ways colonial systems continue to impact Indigenous peoples today.

We believe that First Nations, Inuit, and Métis peoples have the right to connect with and celebrate their identities, culture, and community, and to have their holistic well-being supported.

Our journey in Reconciliation is every day. 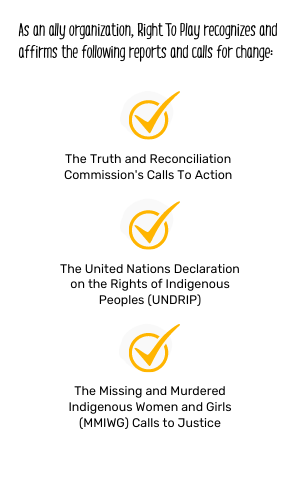 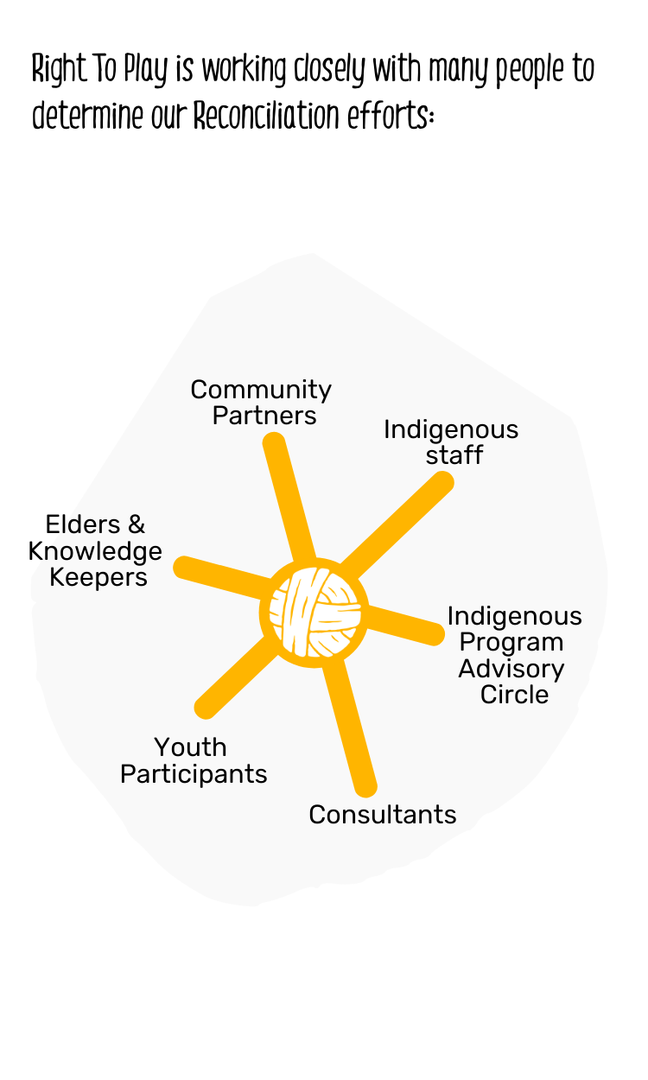 Together we put Reconciliation into action 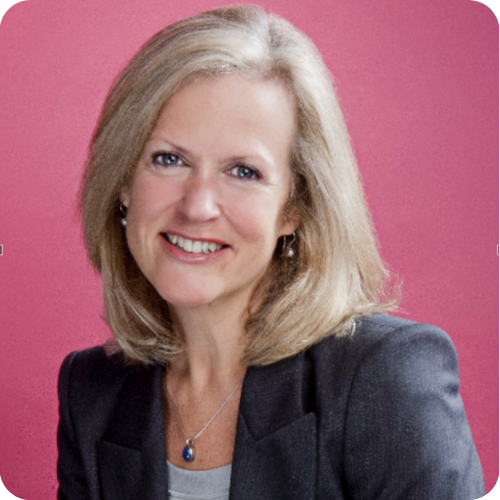 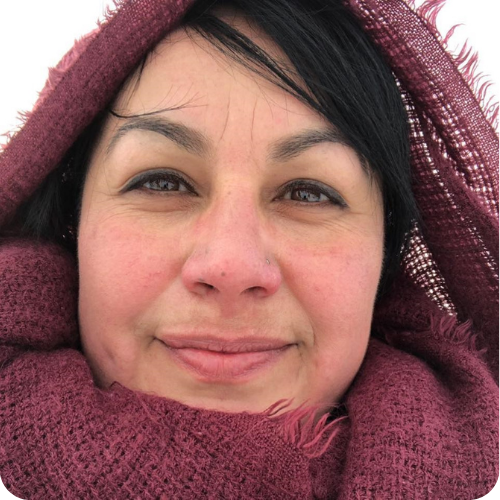 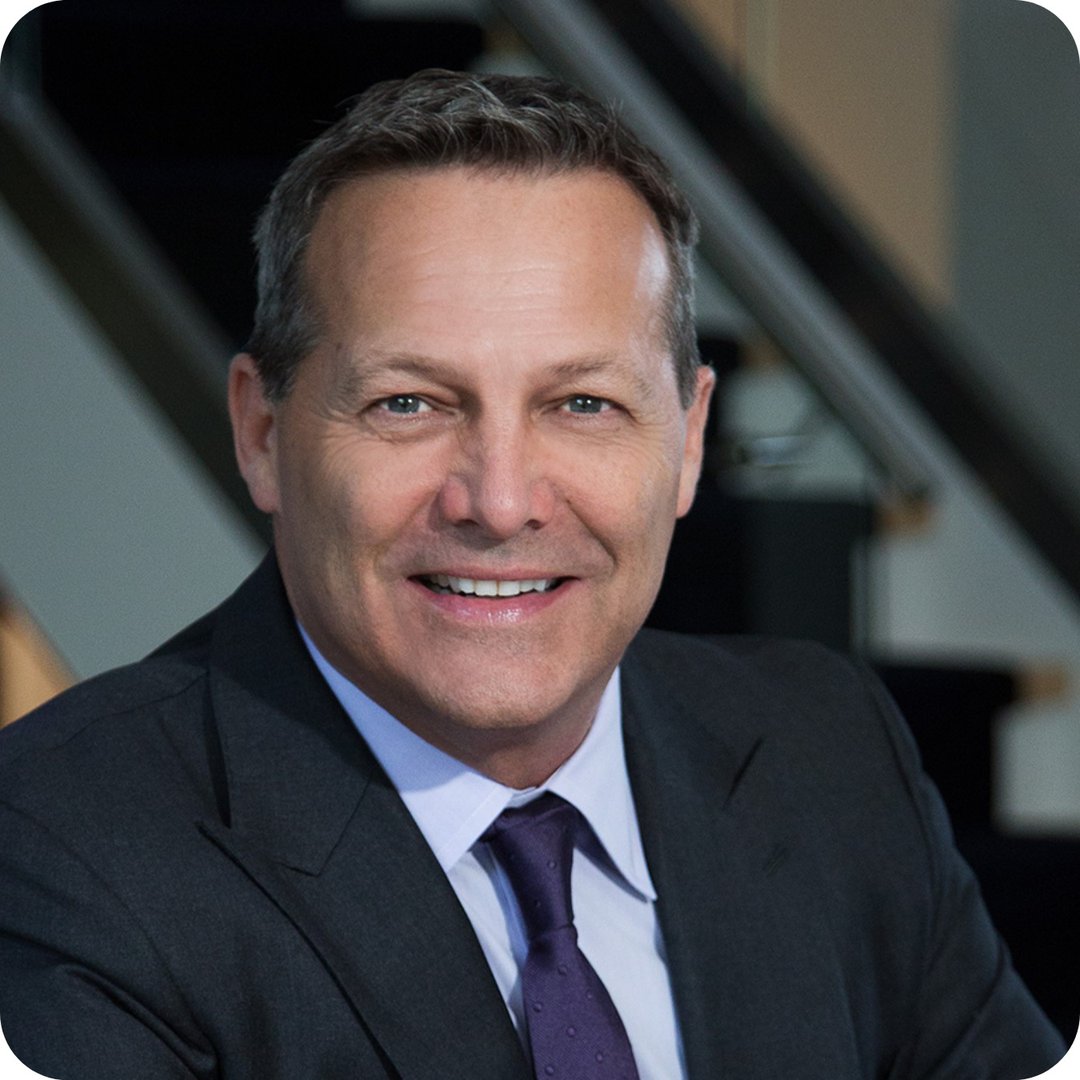 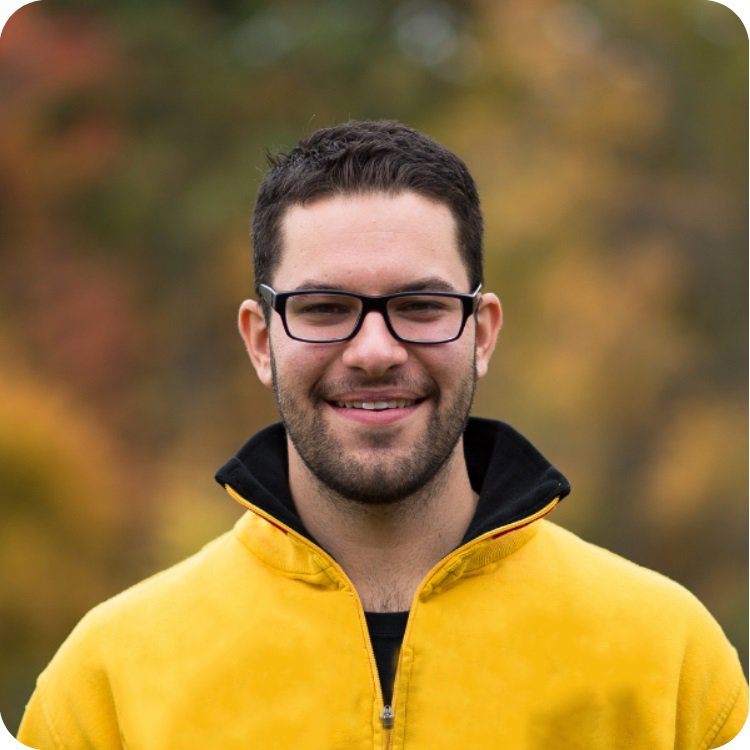 We know that the path toward Truth and Reconciliation is the responsibility of all Canadians, and Right To Play is committed to the journey. - Susan McIsaac, CEO, Right To Play 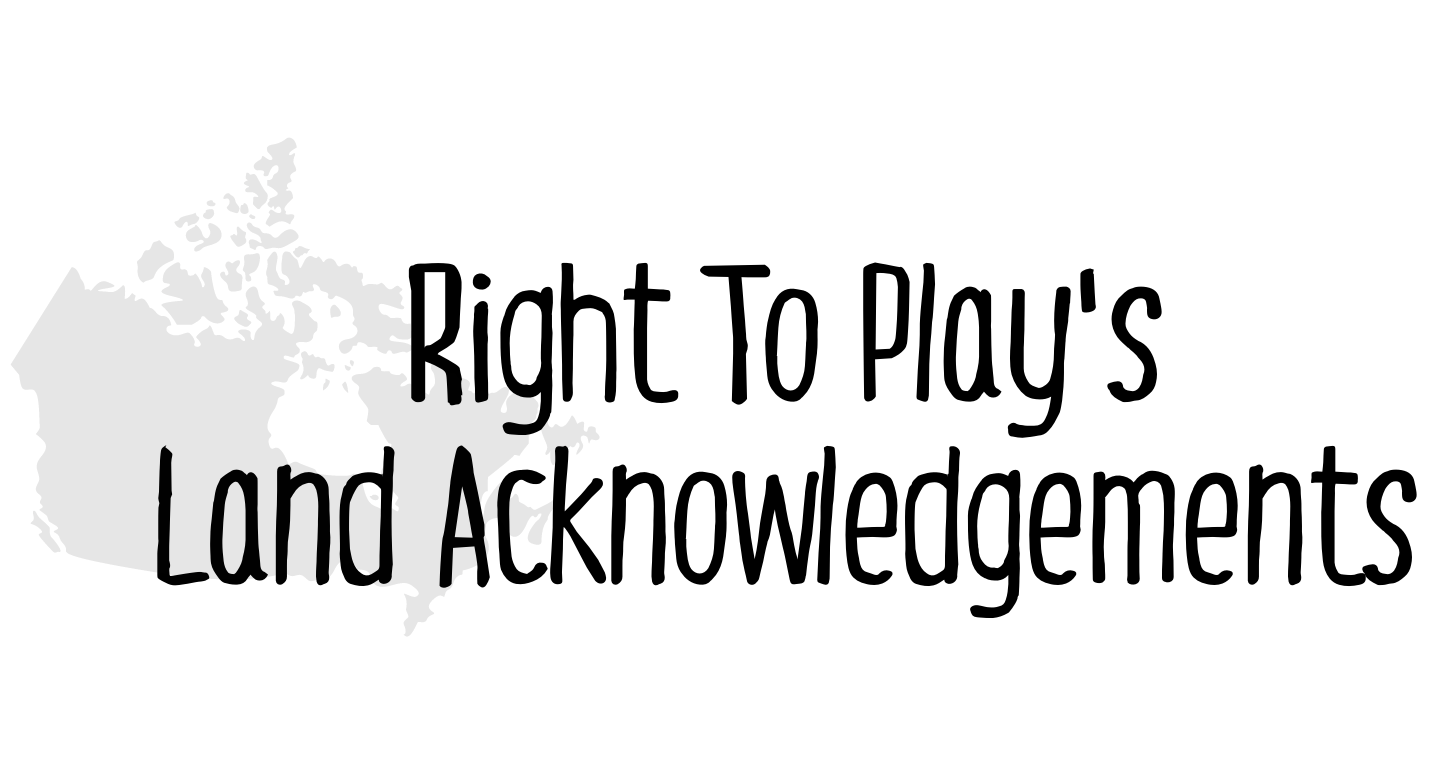 In the east, in what is now known as the province of Ontario, Right To Play’s headquarters is located on the traditional territory of the Huron-Wendat, Seneca, and the Mississaugas of the Credit. This territory is covered by the Dish With One Spoon Wampum Belt Covenant, an agreement between the Haudenosaunee, the Ojibwe and allied nations to peaceably share and care for the lands and resources around the Great Lakes. More recently, Treaty 13, an agreement between the Crown and the Mississaugas of the Credit, covers the city of Toronto. These treaties recognize a living relationship between nations and peoples that now call this land home, including the diverse First Nations, Inuit and Métis from across Turtle Island.

In the west, in what is now known as the province of British Columbia, Right To Play has an office located on the unceded territory of the xʷməθkʷəy̓əm (Musqueam), Səl̓ílwətaʔ (Tsleil-Watuth) and Skwxwú7mesh (Squamish) Nations of the Coast Salish peoples. We honour the voices and friendship of these nations and hold our hands up in thanks to the original peoples of this territory where we live, work, and play.